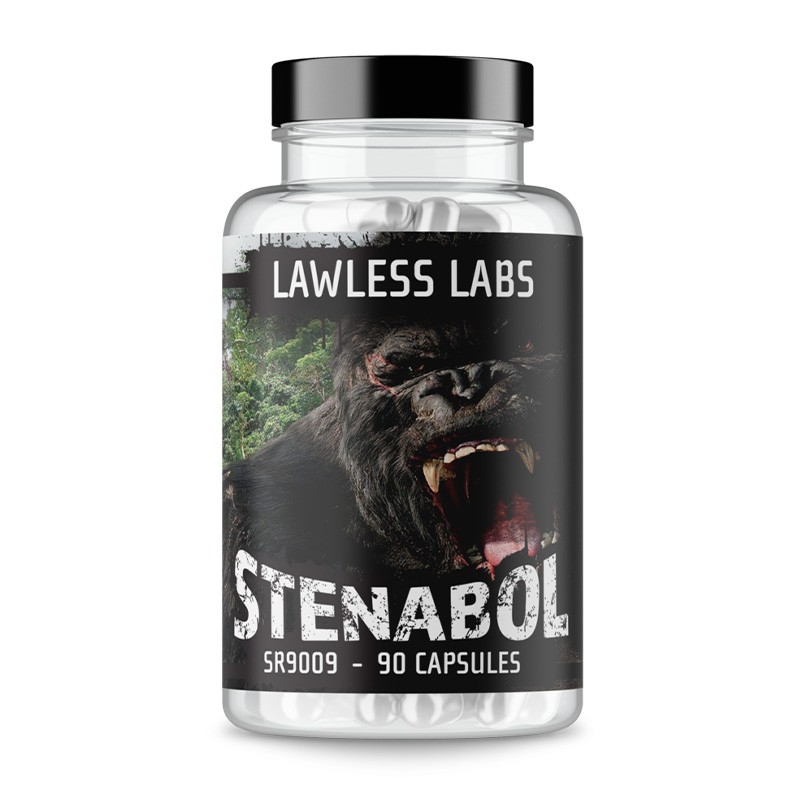 Lawless Labs, a brand of the Freedom Formulations group, is the brand new brand that SuppsIT is proud to present and has managed to import directly from the USA. This is because Lawless Labs is a brand that stands out for the certifications of raw materials made public and the exceptional high-dose products, ideal for longer or more intense cycles.
Stenabol (SR9009) is a new mimetic supplement that stimulates REV-ERB receptors, improving metabolic processes and intensifying energy expenditure, significantly increasing the effectiveness of the diet or "cutting" period.
Developed by Professor Thomas Burris of the Scripps Research Institute, SR9009 can greatly affect most of the body's regulatory system. It affects the lipid and glucose mechanism, circadian rhythms, the cells that store fat, glucose and macrophages. SR9009 has the ability to increase an athlete's stamina dramatically.
Although considered a Sarm improperly, the SR9009 compound actually binds to one of the molecules in the body, called Rev-Erb. This molecule influences the metabolism of lipids and glucose in the liver, the production of cells that store fat, and the reaction of macrophages (cells that remove dead or dying cells) during inflammation.
Studies and development demonstrated that subjects lacking Rev-Erbα had reduced muscle metabolic activity and endurance. The group that underwent the activation of Rev-Erbα with Stenabolic led to an increase in metabolic activity in skeletal muscle. The difference was a 50% increase in aerobic running capacity even if training was limited.
Professor Bogner, a researcher with one of the Stenabol researches, explained that the study led subjects to develop muscles just like an athlete who would train even if they hadn't. Rev-Erbα affects muscle cells by creating new mitochondria and removing defective mitochondria through macrophages.
Its greatest potential comes from its ability to stimulate the further production of mitochondria, thus improving metabolism in the muscles.
As the amount of mitochondria in the muscle increases, the user will experience an increase in endurance and strength levels. A solid explanation for this increased resistance is that the mitochondria are responsible for generating energy in the muscles. As the number of macrophages increases, any dead mitochondria will be eliminated by adding new ones. In addition to that, when the body's metabolic rate changes, the amount of energy burned by the body increases by 5%, especially when a user is resting. This is where SR9009 comes in handy because it would help burn excess calories instead of converting them to fat. It also improves the metabolic rate of glucose, stimulates faster fat burning and makes the body believe that it is being exercised even at rest.

Health
Stenabol regulates the level of triglycerides and helps the body burn carbohydrates. It is one of the best compounds for lowering cholesterol by regulating the levels of many health markers including glucose, insulin and leptin. It improves the metabolic profile and significantly supports the maintenance of good health, especially the cardiovascular system as well as the organs and other parts of the body involved in insulin-carbohydrate metabolism.

SR9009 allows you to increase the metabolic rate. The body starts using more energy by burning more calories faster. Effective in preventing excess calories from being converted into fat, SR9009 prevents the accumulation of excess fat and helps increase sugar metabolism. Its action can be described as if the body were subjected to physical exertion. Thanks to it, more calories are burned at rest, stopping the accumulation of fat while maintaining muscle mass.

Muscle mass
Recommended for athletes and bodybuilders, it has the ability to improve muscle growth rate. SR9009 not only affects the endurance of muscles, but increases the activity of mitochondria, as a result of which thermogenesis is activated. Stenabol is a great option during cardio. The increased metabolism and improved training resistance allow you to extend your training time, promoting an otherwise impossible weight loss.

Additionally, SR9009 was also noted to have the ability to reduce IL-6 proinflammatory cytokines by up to 72%, thus helping to reduce inflammation.
It can be said that SR9009 can make a difference in improving a person's endurance, strength, hypertrophy, metabolism, fat loss and sugar levels.
Considering that Stenabolic is effective both alone and in stacks, it demonstrates its versatility in being able to be added to any AAS or SARMS cycle improving overall performance.
Basically, the SR9009 is one of the strongest resistance amplifiers on the market. It is often compared to GW-501516 (Cardarina) because the benefits are comparable, reducing the amount of fat and cholesterol stored in the body and burning fat and glucose stored in the muscles.


Dosage
Due to the very short half-life, it is necessary to plan the intakes during the day in order to achieve an optimal balance of the active ingredient in the body.
SR9009 does not affect natural hormone levels and does not require any PCT.
Men, from 10mg to a maximum of 30mg per day divided into several intakes.
Women, from 10-20mg per day, divided into several intakes.
Do not exceed 12 weeks of continuous use. 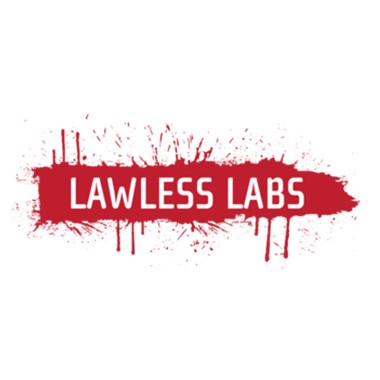 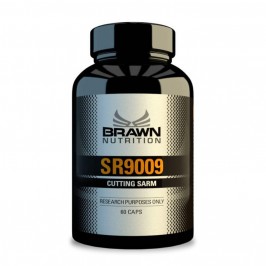 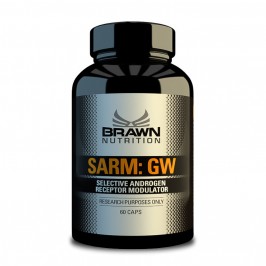 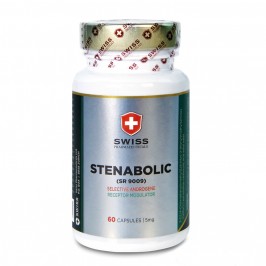 Stenabolic or SR9009 is a jewel among food supplements, whose base is composed of a very technical slimming ingredient. What is... 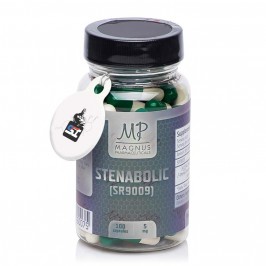 Stenabolic from Magnus Pharmaceuticals, also known as SR9009, despite being one of the latest innovations in the field of pharmacology,... 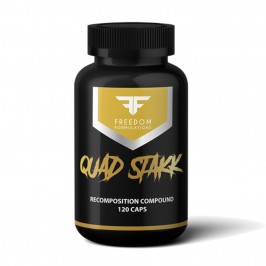 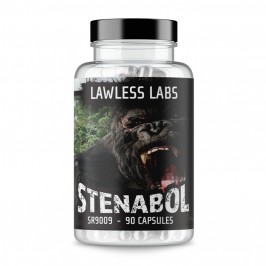