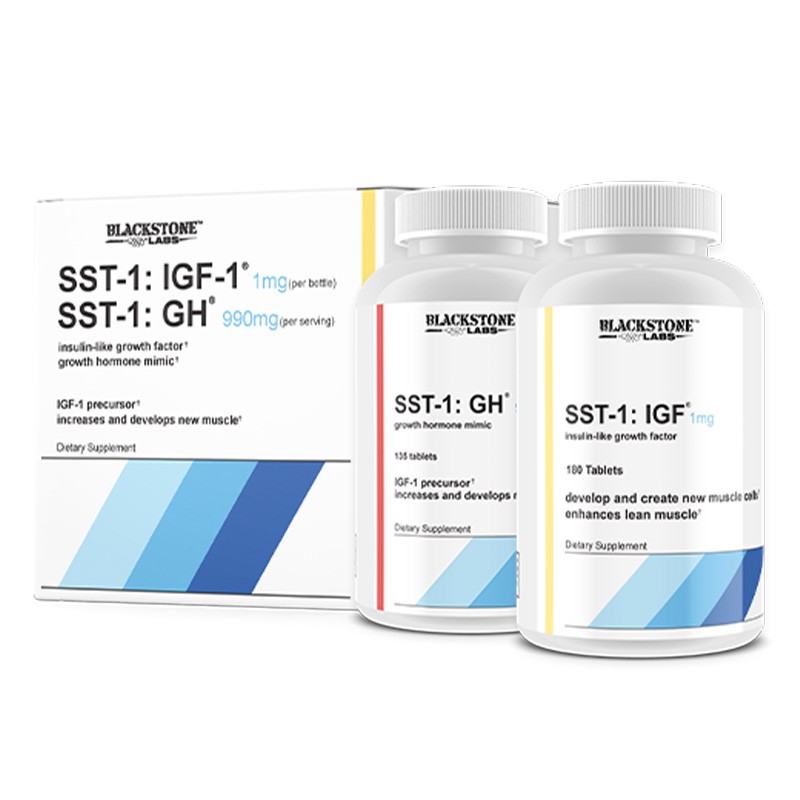 With the successful extraction of type 1 insulin-like growth factor from whey protein, SST-1: IGF is a revolutionary discovery for all athletes. Blackstone Labs used a molecular biological technique to extract 175ug / 100g, a substantial amount of IGF-1. Blackstone Labs has found a way to make this revolutionary compound accessible, with the development of efficient extraction methods from whey peptides for the production of IGF-1.
IGF-1 precursor and imitation of growth hormone, SST-1: GH will increase and develop new muscle. If the sense of well-being, the increase in muscle mass and protein synthesis, the increase in lean muscle mass, higher energy levels, greater endurance, greater flexibility, increased libido (sexual performance) and improved immune function are your goals, then SST-1: GH from Blackstone Labs is just what you were looking for. The Blackstone Labs SST-1 Kit contains both products for maximum anabolic effect.
Precursor of IGF-1 and growth hormone (GH) that mimics SST-1, GH increases the formation of new muscle tissue.
Using the product, you will get an increase in the size and density of muscle mass at the genetic level.
Blackstone Labs has used an internal liposome-based release system that allows IGF-1 to dissolve easily in liquids. After digestion, it is transported through the intestinal wall, reaching organs and cells. This process allows to increase bioavailability up to 1500%. IGF-1 would lose much of its activity without a special liposomal release system such as in this case.

Mucuna Pruriens extract (540 mg)
SST-1: GH L-Dopa is obtained from the seeds of Mucuna Pruriens, a precursor of the dopamine neurotransmitter, providing good mood and increasing alertness. L-Dopa is an effective growth hormone stimulant (HGH). The use ensures its well-being, increases muscle mass, promotes protein synthesis, increases libido. The liposome-based absorption system allows you to cross the blood-brain barrier. The study confirmed that L-Dopa increases growth hormone release within 60-110 minutes after taking a single 500mg dose.
GH has anabolic effects on tissues, promoting cell growth. As a result, growth hormone plays a key role in increasing protein synthesis. In addition to building muscle mass, it also intensifies lipolysis, increases the synthesis of collagen, reduces the synthesis of glycogen and the use of glucose. 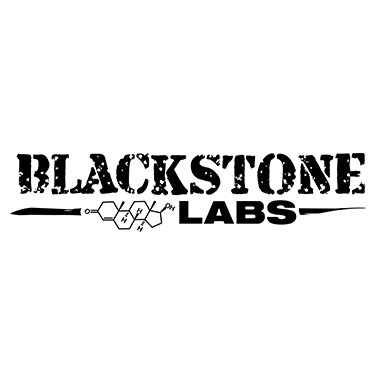 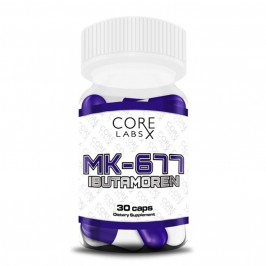 MK-677 (Ibutamoren) is an orally active and selective non-peptide agonist of the GH secretagogen receptor. MK-677 mimics the action of... 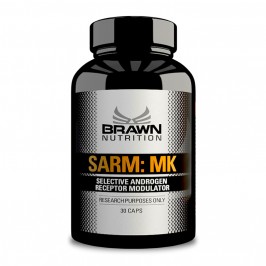 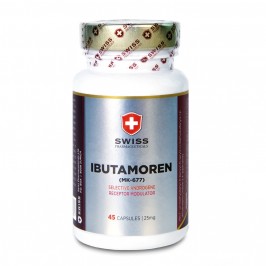 Ibutamoren, or MK-677 is a member of the SARM category which positively affects the increase in growth hormone (GH) levels through the... 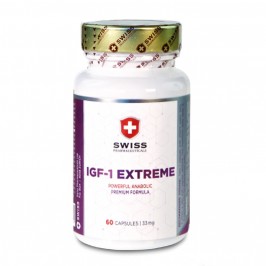